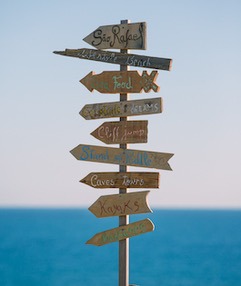 Yes, Portugal is famous for its pristine coastline and beautiful beaches, the rich culture, architecture, history, superb Port wine and inspiring Fado music. But there is more to see, more to feel and more to experience when it comes to the true last frontier of Europe. Here’s why we believe in Portugal as place to be right now and in future.

At last years selection of World Travel Awards, Portugal stood out of the crowd by winning numerous awards, known as the „Oscars of Tourism". Leading the list of in total 16 honors in terms of Destination and Hospitality, the award for being Europe’s Leading Destination 2017 definitely stands out of the crowd. Other categories Portugal was ranked first place:

It goes without saying that we are more than proud of our country, its efforts in the tourism sector and all people giving their best to raise quality and demand. This single reason would already be sufficient in convincing you about the outstanding appeal of Portugal, but there are many more… Read more about Portugal and it’s award blessing in our article: „Awards, Awards, Awards“

2. Light - the subtle detail that creates this one of a kind ambient

Light, say artists, is all important to creating a masterpiece. There is something special about the light of Lisbon in particular and Portugal in general. Something magical and inexplicable that has always enchanted artists, writers, poets as well as ordinary Lisboetas. It is a subtle detail that enters on an unconscious level and leaves us utmost inspired, mesmerized and sensually touched. The azure sky over Lisbon, long hours of summer sunshine, the numerous hills that constantly offer excellent views and perspectives and the sun setting into the Atlantic ocean are some factors that explain the attractiveness of this special light ambience. Pay attention next time you stroll around Lisbon and realize, why this place is the cradle of pastel shades and sensual colours.

I have dedicated an entire article about the special light of Portugal and Lisbon in particular, have a read: „The Light of Lisbon“

Lisbon is a true gem in terms of its cultural heritage and history. Needless to say that the capital of Portugal offers all sorts of different assets that make it such an attractive place. But we are convinced that there is greater, more complex reason that creates this magical attraction and tends to not let people leave Lisbon after they set foot on ground. It is a combination of it being not only beautiful and charming at the first glance. There are plenty of downsides and difficult aspects that challenge the destination. Lisbon is not perfect, neither is Portugal. But it is raw, authentic, liberal and gives people opportunities besides obvious hard business factors. It’s young, creative, artistic, sporty and still very business oriented; a playground that is being discovered by more and more people who never want to leave this place again. Lisbon became a major player as a Start-Up Hub, melting pot for Expats and a very attractive business destination.

Hospitality as well as food & beverage businesses are totally in touch with the latest international trends and blend in perfectly with the old, charming architecture and prevalent urban lifestyle.

Mixing up all those aspects with its young, vibrant flair and its location at the beautiful Atlantic coast with all sorts of possibilities to make the best out of your leisure time, Lisbon has it all.

With its medieval heart, contemporary buzz, magnificent churches and amount of top-quality restaurants, bars, cafes and hotels, Portugal’s second city merits a visit at any time. Carved in two by the Douro river, downtown Porto has a faded sophistication, while the seaside suburbs have witnessed something of a renaissance in recent years. Today they attract a burgeoning crowd and surprise with a multitude of trendy places. We will hear a lot about Porto in the years to come for sure. If you want to be an early adaptor, now is the time to visit and inhale its peculiar atmosphere.

5. Your money is worth more

The country remains one of the most affordable destinations on the continent, offering visitors the elegance of Western Europe for Eastern European prices. In fact, in its last holiday costs survey, Post Office Travel Money declared Portugal the second best value destination for a European getaway, after Bulgaria. Certainly a shift in terms of cost is notable as exclusive high-end hotels, bars and restaurants pop up everywhere. Nevertheless, take advantage of the price-value relation of Portugal - a coffee is not much more than 1€ :-)

6. More than a holiday destination - much more

When you hear about Portugal, you may think about it to be the perfect holiday destination. Endless beaches and great weather on one side. Immense natural beauty, architecture, culture and history on the other side. BUT, as mentioned previously, the country is a real melting pot for all sorts of people from all over the globe. It seems like everybody is able to find his or her perfect environment to live a happy life. It always has been a great escape for artists, writers and musicians, and this seems to have spilled over towards the business world. Portugal is a techdestination and more and more large corporations settle down, as well as modern start-up structures see Portugal as their perfect base to hit business ground. Hustling and bustling happens in the same Café as relaxed leisure activity. This creates a thrilling blend that can be experienced in every (beautiful and charismatic) corner.

Only a 1 hours’ drive from Lisbon you will find yourself surrounded by nothing but nature in one of the largest regions of Portugal. Alentejo district covers almost 30% of the country. While this corner of Portugal looks humble, it has a very distinct pride. Alentejo is without a doubt one of Portugal’s best kept secrets! Why? Because of its authentic character, beautiful rural areas filled with cork oaks and pine trees, vineyards and olive groves, endless nature views and deserted beaches. Major areas are under environmental protection. The well-preserved region in the middle of the country’s coastline is the preferred holiday destination of Portuguese people. Trust them, they know why!

There is a reason why Portuguese people don’t want to be thrown into the same pot as Spanish people and they insist in their very own and distinct identity, and this for good reason. Something that you will encounter after a while is them being internationally open-minded with an overaverage high command of English. Though they absolutely proud and love their own country and prefer spending their holidays within Portugal (I would do just the same, if this would be my country of origin), Portuguese people are used to be in touch with different nationalities and cultures. Lisbon is a real melting pot of all nations and foreign people tend to feel very comfortable living there. They estimate the quality of life as being in good balance with all the great possibilities to enjoy your leisure time. Having this said, it also makes sense that more and more international corporations and large companies chose Portugal as their European business base. This leads back to the fact mentioned initially: almost everybody speaks very good English (however, the exception proves the rule). English is taught in school from early years on, not just as foreign tongue but as a real second language. Secondly, movies or TV shows are only screened in original language with Portuguese subtitles. The lack of budget to afford Portuguese dubbing turns into a real advantage in comparison to countries like Spain, France or Germany. As simple as it sounds, this makes a great difference in how a language is being learned and implemented in daily life.

Portuguese people are very hospitable. Besides, they are very nice and humble people. It often happened to me that I was lost somewhere and that random Portuguese people would come to me to ask if they could help. Also, they are very proud of their country and culture. Sometimes you may think they can’t stop talking about their own country. Then I realize this being only notable to me because in Central Europe it is not common to become enthusiastic when talking about one’s own country. And you will hear things like “Did you already try Francesinha? Did you like it? And did you try Pastel de Nata? But you have to get the one from Manteigaria, they are just the best. Have you been to Sintra? It is so beautiful there.“. They love to share and care.

Of course, we need to talk about the weather. Because it is just great! But let the facts speak for themselves: Lisbon is the continent’s sunniest capital city, boasting an average of 2,800 hours of sunshine a year, pipping Athens, which has 2,771 hours of sun a year. The further you travel south of Lisbon the higher this number rises. January and February can be cold and rainy, but apart from that there is a great chance you will have perfect blue skies and mild to warm temperatures, combined with a slight breeze. It get’s hot in summer, but having the Atlantic Ocean right in front it usually protects Portugal from excessive heat waves.

Last but not least, let’s have a word about its beaches. The coastline is unique and you will have a variety of different beach settings and landscapes from the South Algarve to Alentejo and Central Portugal and further up North. Impressive steep cliffs with crashing waves and high tides, soft dune sceneries and cheesy white sand with turquoise crystal clear water. But there is another aspect that comes along with the fact that Portugal is set by the coast for the most part. Almost everybody surfs or enjoys some sort of water sports, no matter what age. Working in a bank during the day, changing from the suit into the wetsuit in the afternoon. This lifestyle manifests in the mindset and adds a special quality to Portuguese people. It makes them easy going and open-minded, without losing a pretty tough business grip. Certainly it also keeps them nicely tanned and well in shape ;-)

Life is better in Portugal…