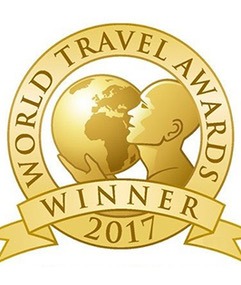 On September 30, 2017, something of great impact got announced in St. Petersburg, Russia: Portugal has won the prestigious World Travel Awards title as “Best European and World Destination” in a contest that saw the country pitch against former winners Greece, Italy, Spain, and France, as well as northern countries including the UK, Norway, Austria, Sweden and Switzerland.
Ana Mendes Godinho, secretary of state for tourism, says: “the whole country is an incredible package worth visiting”. We share the exactly same point of view. The fact that Portugal won this award for the first time is evidence of the progress Portugal has made in terms of visibility and prestige as a quality destination.

Hard to believe but true: tiny Portugal, sitting at the very edge of Europe actually scooped 30% of the prizes in the competition that has become known as the “Oscars of Tourism” and over performs all remaining destinations.

The diversity of landscapes, the strengthening of air accessibility, the ease of travelling within the country and the friendliness and welcoming spirit of the Portuguese were definitely some of the arguments that motivated this distinction. It is also 3rd safest country in the world, rated in 2017 by Global Peace Index. This actually means a lot in a very turbulent and sensitive era.

Beyond these honors, Portugal took another 33 “Oscars”, 13 more than it won last year.

Listing some more of the best examples, Portugal boasts Europe and World’s leading:

It is now also Europe’s leading cruise port (Lisbon), best beach destination (Algarve), it offers the best island destination (Madeira) and has the best ‘touristic development project’ (Passadiços do Paiva, in the Arouca UNESCO Global GeoPark - devastated last year by fire, but since rebuilt).
Furthermore, Turismo de Portugal, I.P. won the award for Europe's Leading Tourist Board for the fourth time in a row, as well as the World's Leading Tourist Board for the very first time."

Portugal showed that tourism is its cup of tea and that professionals in tourism have been working hard to win so desired prizes.

Besides the outstanding performance at the World Travel Award Ceremony, there is even more great news from the MICE sector: Alfândega Porto Congress Centre was voted Best Meetings & Conference Centre in Europe in 2017, an award presented by Business Destinations magazine during London’s „WTM - World Travel Market“.

Thinking about your next corporate event? Luckily, we are at the right destination and happy to be at your service ;-)